FOCL at a Glance

FOCL came to the cannabis market with an innovative idea, to create CBD-centric “wellness stacks” that support balance and calm through the day and night.

They were able to achieve this by partnering with chemists, doctors, and other wellness experts to create effective and diverse formulas to boost the effects of CBD. These formulas start with high-quality hemp extracts and are completed with adaptogenic herbs, powerful mushrooms, and hand-chosen botanicals.

FOCL offers wellness products for the day and night, as well as a standard CBD formula that serves to complement the cannabidiol dose of the wellness stacks (or simply offer a quality CBD source to those who need it.) Every FOCL product is vegan, non-GMO, and created in a carefully controlled environment that ensures each powerful blend meets its full potential.

Don’t pay full price!! Use our unique FOCL Coupon Code K2C20 to save 20% on your entire order!

FOCL Day Capsules corner the market with an industry-leading adaptogenic CBD blend that claims to enhance focus and productivity—but do these claims hold true? These CBD capsules are the “brain power” of the FOCL Wellness Stack, which also includes the Night Capsules and multiple tincture options.

The bottle holds a total of 300 mg of hemp extract—60 capsules, which is 30 doses. A single dose of the Day capsules boast 10 mg of hemp extract from organic hemp. FOCL combines this with a hand-selected array of herbal powerhouses thought to synergistically benefit the brain and body. Aside from CBD, the key players include Lion’s Mane mushroom, thought to improve cognitive function, and Rhodiola Rosea, chosen for its ability to stave off stress, fatigue, and anxiety. With a boost of mood-and-memory-regulating vitamin B6, cognition-enhancing amino-acid L-Theanine, these capsules are full-coverage brain food designed to help you get the most out of your day. 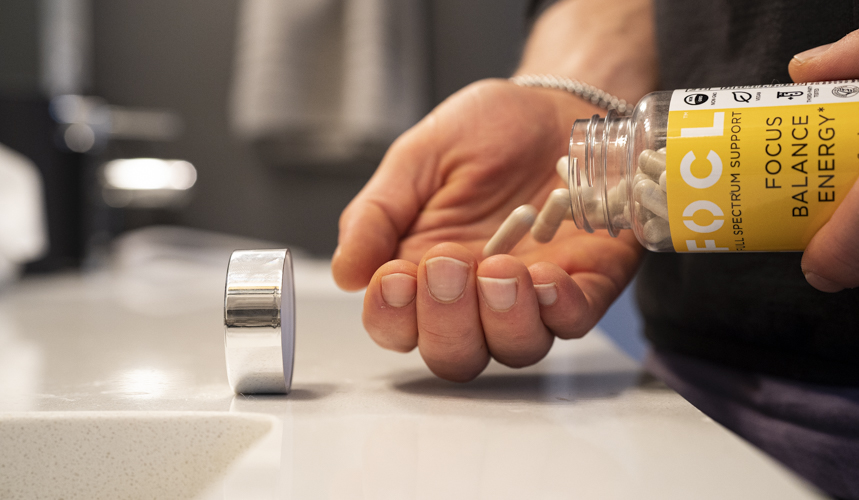 As frequent victims of brain-fog, we were more than eager to give FOCL’s one-of-a-kind Wellness Stack a go, starting with these CBD Day Capsules. For us, the onset was on the slower side, about 55 minutes—something we’ve come to expect with CBD capsules. What we didn’t expect was to be hooked after one dose. On day one, the effects peaked at 75 minutes, and we’ve since come to believe that these Day Capsules are what our brain’s needed all along.

The first day, the first dose, made us feel like our brain had been rewired—engineered to go. The best part, though, is that it just kept getting better. Day two, the effects were just slightly more prominent. So slightly that we second guessed it until, once again the third day, the effects seemed to increase. We were zooming through complex spreadsheets, spitting out perfected final drafts, and ticking off to-do’s like never before.

By day four, we were even noting an impressive onset time closer to 30 minutes. It’s just speculation, but we think we were experiencing less brain fog overall, even after the effects wore off. Maybe we felt better pre-daytime dose due to the lingering effects of our Night Capsule from the night before. All we know is we felt like someone had carefully reached into our head and unclogged the cogs—by day seven, we felt so well-oiled we decided to forgo our morning coffee.

In order to closely control the quality of their products, FOCL opened its own non-GMO certified, organic farm in New Mexico Valley where their hemp material is soil-and-sun grown and harvested at its peak potential. The CBD Company goes the extra mile to ensure quality through Tru-ID DNA testing that emphasizes their transparency across the board.

FOCL uses a Supercritical CO2 extraction process that requires no chemical solvents in order to safely retrieve the high-CBD hemp extract used in each formula, which are all manufactured in FOCL’s GMP-compliant facility. Then, they have every product batch tested by a third-party lab and openly display these results on their website to verify the accurate cannabinoid quality and absence of pesticides, herbicides, microbials, heavy metals, mold, and more.

FOCL CBD Day Capsules boast the same non-GMO qualifications and have been thoroughly batch tested. In addition, the plant-powered capsules are vegan and gluten-free, which makes them accessible to virtually anyone in need of a CBD mental-boost. They come at a price of $55 per bottle, which equates to $0.18 per milligram of hemp extract—a middle-of-the-road price for high quality capsules. Given that this capsule is built on several other powerful (and often pricey) herbal adaptogens, we think the price is more than fair. The handy subscription option saves 10 percent and gets you free shipping.

It goes without saying that FOCL Day Capsules are best taken in the morning, but the brand also suggests that you should pair it with the Night Capsules (which contain other adaptogens for eliminating stress and anxiety) in order to reap the full benefits of these adaptogenic CBD supplements. 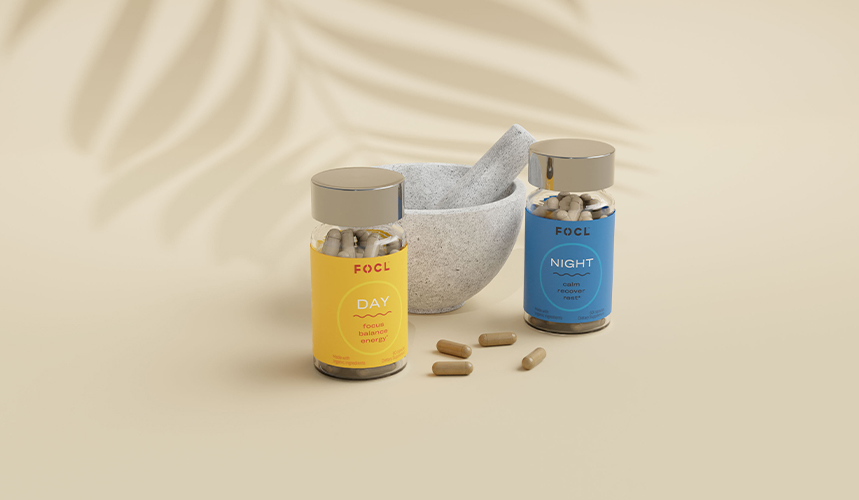 Although we definitely got more done as fatigue was lifted from our shoulders, we’re hesitant to call this an “energy supplement.” We say that because of the inherent “speediness” that comes along with certain energizing products—something that (for us) activates anxiety. We like to think these Day Capsules didn’t add anything, rather took away whatever was holding us back, whether it be fatigue, anxiety, stress, or a combination of it all. Instead of feeling jitters and forced urgency, we felt balanced and unstoppable.

We’ve tried a number of CBD products designed to enhance energy and focus, but this is one we can recommend hands down to anyone looking for a way to combat mental and physical fatigue. Its 10 mg hemp extract dose makes it a great option for beginners, but we think the one-of-a-kind product is truly powerful enough for anyone. 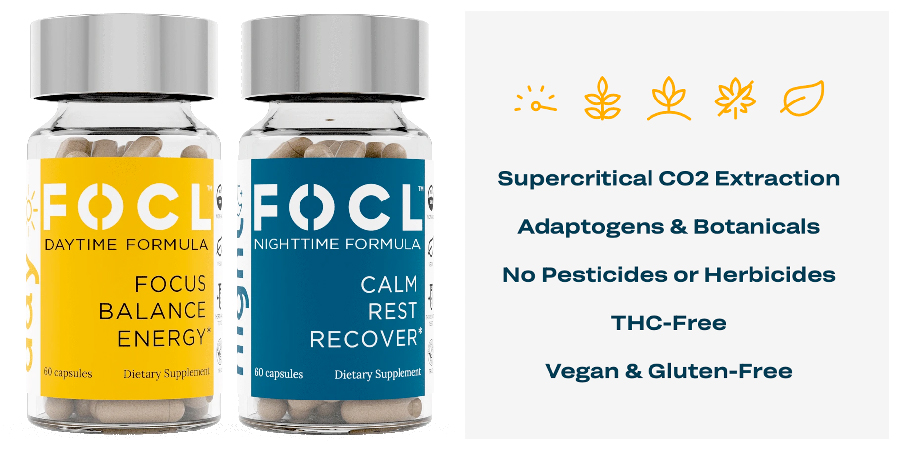 I love the daytime FOCL supplements. They curb my anxiety throughout the day so I feel more calm and collected. Really happy to have found them and enjoying the results!